COCCUS® Titan biogas plant for the energy valorisation of the organic fraction of municipal solid waste, with upgrading to biomethane with PSA technology. 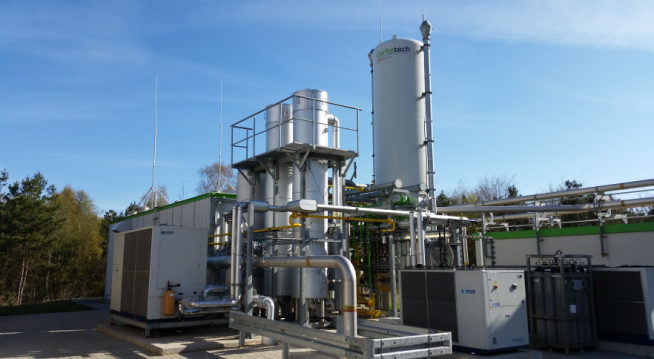 Type: COCCUS® Titan 2.7 MW Gas, with upgrading to biomethane with a capacity of 5.5 MW Gas, that also processes the biogas produced by a neighbouring plant

The biomethane plant in Großenlüder, near Fulda, in the Hesse region of Germany, was built by Biothan for the disposal of the wet waste collected in the city of Fulda and its surrounding area.

In to obtain the special bonus provided envisaged by the German legislation, the plant is fed, in co-digestion, partly with bovine slurry. This is why the COCCUS® Titan technology was chosen.

The plant is completed by a gas purification system with PSA technology built by Schmack Carbotech, which converts in biomethane not just the biogas produced by this plant, but also the biogas originating from an adjacent second plant, which processes waste particularly rich in branches and woody materials. 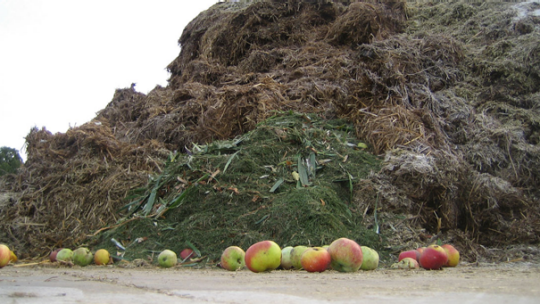 The anaerobic digestion of waste

The waste that arrives at the plant is pre-treated by a hammer mill, which homogenises the substrate, allowing it to be pumped and, most importantly, eliminating almost all impurities.

The material is then stored in suitable pre-tanks, from where it is automatically pumped into the fermenters, which work in series. At the end of the process, the digestate is pasteurised as required by local laws. The liquid part is then immediately used as a soil conditioner, without further processing; the separated solids are instead sent to the neighbouring composting plant.

The biogas produced is sent to the PSA upgrading plant, which converts it into a gas virtually indistinguishable from natural gas of fossil origin, ready to be injected into the local gas mains.